Change is hard, but if everything stayed the same, we would never grow.

Salesforce released a fresh and modern looking user interface called Lightning Experience in 2015, but most businesses didn’t make the switch to the new UI right away, and instead chose to remain in the Classic UI. Many of us were held back from a full Lightning launch because of dealbreaker features missing. It has taken a few years to get the Lightning UI close to parity with the Classic UI, but if you’ve been keeping track of what’s been in recent releases, switching to Lightning is looking like more of a should than a could.

As many of you know, Salesforce does three major releases per year, and you may have noticed that the major innovations in those releases have been in Lightning: Einstein (AI) Opportunity & Account Insights, Einstein Activity Capture, Einstein Automated Contacts, the Kanban view on List Views for almost any Object, Path for Standard and Custom Objects, Key Fields and Guidance for Success, Highlights Panel, Favorites (goodbye Chrome bookmarks), Smart Search, Utility Bar, Homepage Assistant, News, user customizable Navigation Bar. I have noticed that many of these new features even get unexcitable end users excited about Salesforce! I could go on and on about these new features, but I’ll just give you some visuals to hopefully get you invigorated or reinvigorated about the idea of Salesforce Lightning.

Kanban view on List Views for almost any Object: 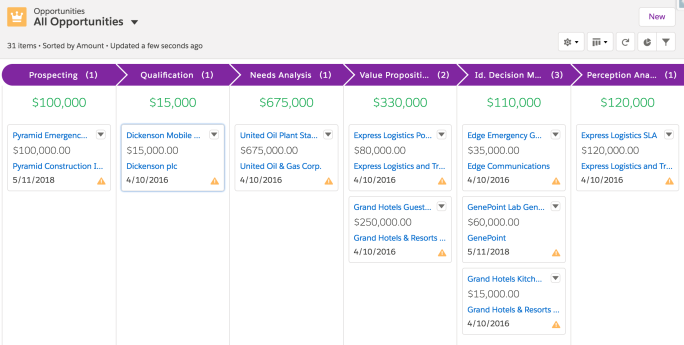 Path for Standard and Custom Objects. Highlight Key Fields that are essential for that stage/status (dependent picklist functionality gap was resolved in Summer ’18). Guidance for Success is another cool feature of path, a great use case is giving Sales links to documentation they need or training tools.

Highlights Panel. This is an excellent way to highlight key fields at the top of any object (up to 6 including your top level Opportunity Name in the example below). No more scrolling for days to find frequently consulted fields.

Favorites! There are so many things to favorite and so little time: list views, reports, dashboards, any record, chatter group, calendar. You can organize them, remove those you do not need anymore, etc. Just hit the star, wherever you are, and make a favorite. 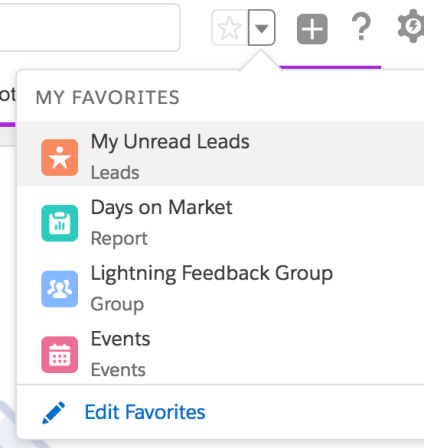 Smart Search. Select your object first to make your search work for you (Summer ’18 release). This is also handy for searching for reports/dashboards since there is no search bar inside Reports in Lightning like there was in Classic. 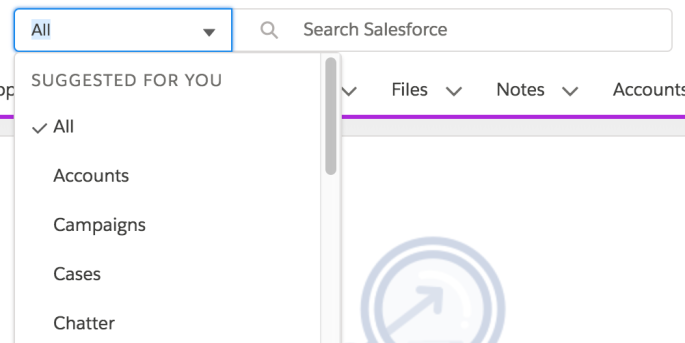 Utility Bar is built through the App Manager. If configured, it is a fixed footer that can be used to to boost productivity (think Macros, History, Chatter Feed, and so much more).

To this day, there are still some gaps between the two interfaces, but more businesses are feeling comfortable with making the switch. Salesforce has also invested heavily in demystifying Lightning for Admins and Developers, not only with Trailhead but also the Lightning NOW tour across many major cities with *free* full day training for Admins and Developers on the Lightning UI.  In fact, after much communication, preparation, and configuration, we released Lightning at RetailMeNot in June, and as of today, almost all our Salesforce users are Lightning enabled in Production.

I’ll admit the new Lightning UI was a little intimidating at first because there are some differences in how you have to think about configuration. Firstly, there is this alien ‘Lightning App Builder’ that is confusing at first, not to mention the ‘App Manager’. Yes, those are totally different things!